Once upon a time…

Since 1984, Rose has developed creative marketing strategies for international companies – helping them to tell their stories and build their brands. From the start, it has been an agency that challenges conventions and isn’t afraid to be the first.

Founded in Boston, USA, Rose grew to become the first independent advertising and public relations agency to enter the former Soviet Union in 1989. It has distinguished itself as one of the catalysts of marketing communications in Russia to become one of the top Russian agencies. In 2015 it became the first in Cuba.

Rose is a challenger agency

We offer the best of both worlds to our clients. We provide many of the benefits of a large network agency (heck, we used to be part of one), including international schooling, experience, systems, methodology, work ethic and communications -- yet we deliver all the advantages of an independent firm with an entrepreneurial spirit, local market knowledge, and cultural insight of a local-based organization. That’s our story and we’re sticking to it. 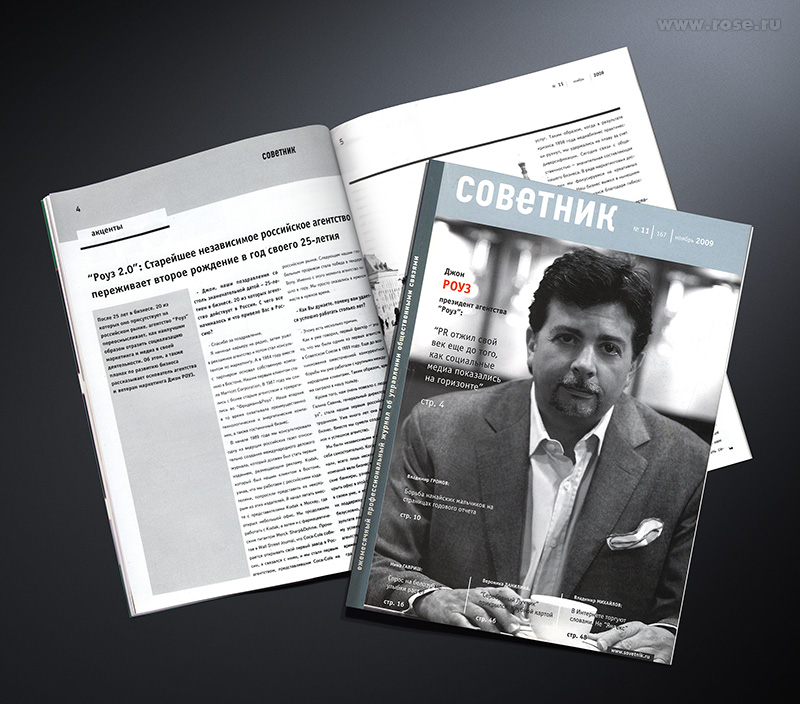 This is the question Rose has been asking its clients for over 30 years. Before the first ad, before the first press release or event or promotion, a company must first uncover a plot, a premise…an enduring story that will drive every communication throughout the life of its brand.

Today, a dynamic team of marketing, public relations and creative professionals apply the ancient art of storytelling, as well as its Whole Brain Branding methodology to help its clients win customers and grow their businesses.

The agency is led by Boston-born founder and marketing veteran, John Rose, who is also an award-winning writer, producer, creative director and author.  John established Rose as the first independent marketing agency in the former Soviet Union and Cuba, and has advised many of the world's leading companies and brands.

Galina Savina is an awarded, internationally trained and highly respected marketing executive who has been with Rose for nearly 25 years.  Galina is co-founder (with John Rose) and past president of the International Advertising Association in Russia and is recognized annually as one of Russia’s top executives by the Russian Association of Managers.

Elena is a highly regarded media specialist with more than 20 years experience at Rose, where she heads the public relations practice. Prior to her work at the agency, Elena worked for the United Nations in New York City and the Ministry of Foreign Affairs of Russia.

It was the first in Russia champion public relations as a discipline distinct from paid placement of articles. It launched some of the first television commercials (Sony), radio spots (Fanta) and outdoor advertising campaigns (Coca-Cola and Baskin-Robbins). It launched the first sweepstakes and instant-win “scratch” promotions. It was one of the first Russian agencies to provide financial communications. And it was among the first to offer social media marketing and digital marketing services.

History is repeating itself in Cuba as we launch many firsts in this exciting new market.

Of course, it’s not enough to be first. Most important, Rose  is run by great people with knowledge, talent, experience and passion.